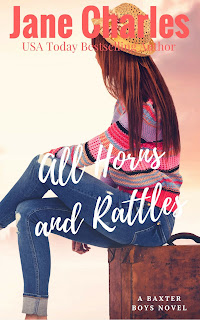 ALL HORNS and RATTLES

Tex has known Nina since she was a smart-mouthed, tough teen working with him at Miguel’s Gym. Tex knows nothing of Nina’s past, and he’s never had to fight for anything, until he decides he wants Nina, scars and all.

Nina has had it bad for Tex, not that she’d ever tell him. His sweet smile and a heart the size of Texas are way too good for her. If he ever learned about the ugliness of her past, he’d go back to his perfect family and his perfect home and his perfect life. What sane man wouldn’t?

One kiss sends her world spinning out of control. The past has a way of catching up with you, and the future she never dreamed of is within her grasp.  Will it be fleeting? Or can she make it hers?