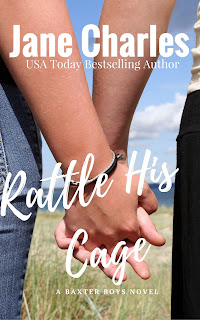 Twelve years Dylan White has waited.
Twelve years since his family was yanked away
Twelve years of being alone—except for the friends he met at Baxter, who are now his family.
His brother, Noah, has disappeared.
His sister, Nina, just turned eighteen, but he has no way to find her.

Mary Robins wears her heart on her sleeve.
And it’s tattooed on her chest—the dog tags of the man she worshiped, surrounded by beautiful ribbons.
Her only purpose in life is to take care of those who are in need. Heal the broken and comfort that wounded—the very reason she’s becoming a nurse.

Except, she’s never allowed anyone to take care of her. Not in a very long time.

No one has wanted to take care of her until she meets Dylan and the Baxter boys.  They’re a weird bunch – fiercely loyal and… hers.

“What the hell?” I push the blankets away and look at my clock, then groan. It’s only like noon and I’ve gotten a total of two hours sleep.
Laughter bleeds through my bedroom door right before someone starts pounding on the wall.
I grab my robe and storm out.  There are a ton of boxes in the living room and I can barely get around them. Where the hell did they come from? They weren’t here when I got home from the hospital this morning.
Shelby and Tiffany are in Kelsey’s old room with who I guess is our new roommate. She’s hammering nails into the wall.
“Oh, hi, Mary,” Shelby greets me with a sugary sweet smile. “This is Brit. She’s moving in.” Her grin gets bigger, but there’s a glint of cold calculation in her baby blue eyes. “Britney and I have been friends since high school. Isn’t it great that she’s living here now?”
“Great.” I’m pretty sure my dry tone is missed on them, or maybe not. “Can you be a little quieter please? I worked all night and need to be in at eleven tonight.”
Tiffany over-exaggerates a pout. “Poor thing.”
“Your friend, Kelsey, wasn’t exactly quiet when she moved out,” Shelby reminds me.
“Don’t punish me if she pissed you off.”
With that, I leave them and return to my room, pull the covers over my head and two pillows, but it doesn’t drown out the sound of the drill. A damn drill. This place has been taken over.
Blowing out a sigh, I grab my noise canceling headphones. I bought them when I needed to study in the dorm, so I hope they work now.
Silence. Well, almost silence, but it’s better than before. Until something bangs against the wall knocking my favorite piece of art, a reproduction of Renoir’s Woman in a Landscape, from the wall. It hits the night stand and the glass shatters. Does Brit have a bulldozer in there I missed?
Grabbing my pillows and blankets I head to the closet. At least it’s on the opposite side of the room and doesn’t share a wall with anything but the living room.
After closing the door, I switch off the light and burrow into a nest of clothing on the floor. It’s certainly softer than the hard floor.
I hope to hell this doesn’t keep up, but now that Brit is here, and she’s Shelby’s BFF, it’s not going to be an easy semester.
Wait, Kelsey is looking for a new place to live. If we combined our funds maybe we could get a place together. I’ll still be stuck with the rent here, but if this shit continues I might commit murder. I didn’t spend the last four years working on a degree to become a nurse at the nearest penitentiary.
Grabbing my phone I send her a text.
Me: Are you still looking for an apartment?
Kelsey: No. Why.
Me: New roommate, Shelby’s bff from high school
Kelsey: Shit
Me: Yep
Me: Why aren’t you looking anymore?
My guess is that she and Alex finally made up, as they should, but I don’t want to assume anything either. The other guys in the house may have just insisted she stay.
Kelsey: Alex is back.
Me: Happy for you. Sucks for me
Kelsey: Sorry
I am happy for her, but it puts me back at square one. I know Kelsey didn’t have any luck finding a place on a budget when she was looking so I doubt I will either. Besides, school will also start back up on Tuesday and we’ll all be on a normal schedule again.
At least I hope everything goes back to normal
Today they are probably just pushing my buttons because it’s Brit’s first day. I can play this game until we are back in classes. If my feathers don’t get ruffled, they’ll get bored.
Music blares.
Mama always said to pick your battles, and I’m too tired to pick this one. Plus, I don’t want them to think they succeeded in pissing me off on day one.
Me: Getting a hotel room
Kelsey: Why
Me: They’re playing Adele
Kelsey: You like Adele
Me: Not when I’m trying to sleep and it’s loud enough to make my ears bleed
Kelsey: It’s like noon
Me: Worked 11 to 9. Got 2 hrs sleep. Gotta go in tonight
Kelsey: Come here
Me: And sleep where?
Then again, if Dylan offered his bed… maybe sleep wouldn’t be so important.
Kelsey: my bed.
More music blares from a different part of the apartment.
I only have two more nights of thirds and then my sleep schedule will be the same as theirs. I just need to remember that and not react. Getting pissed will only encourage Shelby and that’s the last thing I want to do.
Me: Heading over.
I quickly dress, throw some stuff in a bag and head out of my room.
“What’s wrong? Couldn’t sleep?” Shelby asks with mock sympathy.
“What?” I ask as if confused. “No. I’ve got to be some place. Thank God you woke me or I might have overslept.”


I finally allow myself to smile at Shelby and Tiffany’s shock once I’m out in the hall. They were so counting on pissing me off, and I just took it away from them. Well, not totally. They did piss me off, but I’ll be damned if I let them know it.
Posted by Jane Charles at 9:04 AM