A Lass for Christmas - A Tenacious Trents Novella (Book 4)

A Lass for Christmas -
A Tenacious Trents Novella
(Book 4) 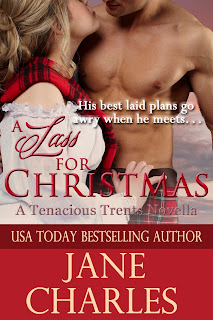 Lady Madeline Trent had grand plans for her future until she learned her family’s awful secret and a fall through the ice that landed her in the arms of a handsome Scot.


Lachlan Grant, Marquess Brachton, may hold an English title, but he was determined to marry a Scottish lass, until his fate is altered one snowy night.