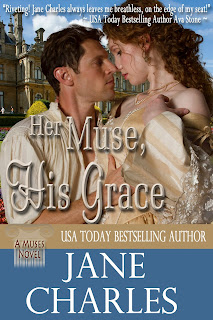 Fresh from the Caribbean, Mark Easton, the new Duke of Roxburg, returns to London to secure a bride. It’s expected of his new station, after all. Unfortunately, he knows just what will meet him once his presence in Town is known. Sycophantic and cloying debutantes at every turn and matchmaking mamas behind every potted palm. If only there was a way to know the true nature of each girl beforehand. Then brilliance strikes! Masquerading as a lowly dancing master before the season begins should give him a very clear picture of London’s eligible ladies.

Bianca Valentine has never been under the illusion that any decent man would look past her family’s secrets. So a life of independence is her best shot for a happy future. If she can provide for herself, she won’t have to be a burden on her aunt and uncle any longer. After an advertisement for an accompanist at a dancing school catches her eye, Bianca finds herself enjoying more freedom than she’s known, but it’s the new dancing master that takes her breath away and inspires the most beautiful music she’s ever written.

Her music first enchanted him, but her smile and kindness captured his heart. A masquerading duke and an accompanist is scandalous enough, but will Bianca’s secrets be too much to overcome?