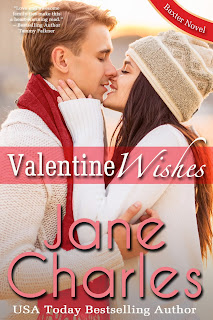 Being a Baxter is all about giving — giving your time, giving money, and giving hope to those who have none.  While Jacqueline Baxter has plenty of time, money, and hope to spare, what she lacks is trust.  When Brett Robak, the FBI guy determined to win her heart, drops into her life, she has one rule — be there.  Be on time.  Be present.  Be hers.  But can Brett live up to her expectations?

When tragedy strikes and Brett’s not there, how can Jacqueline ever trust him again? Will she be able to see past her own pain and loss to realize that love is more important than a series of coincidences and hands on a clock?