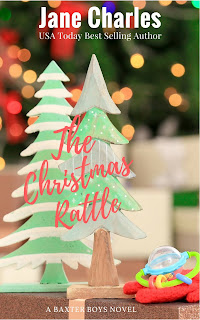 Thirteen years since they were torn apart.

Dylan White’s siblings were torn from him at the age of twelve following his parents’ arrest, and it’s taken him years to track them down. Now his sister Nina is living with him and together they are doing what they can to reunite the family. But with the youngest only being seventeen, it seems like an impossibility.

Perhaps with a little twist of fate, and a bit of holiday magic, Dylan will finally get the greatest gift of all: a family for Christmas.


She can try all she wants but there isn’t a family out there that’s going to want to take on five teenagers who have been in the foster system most of their lives, like us. So many people want the little ones, never the teens because they assume we are bringing trouble and damage that nobody wants to deal with.
Posted by Jane Charles at 8:51 AM